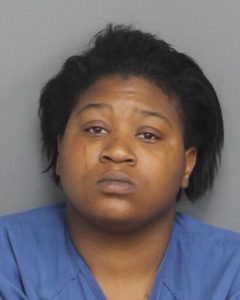 A former employee of Whitten Center in Clinton was arrested Monday by investigators from the South Carolina Law Enforcement Division (SLED) and charged with abusing a client of the center in 2017.

Ivory Dakota Williams, 28, was charged with abuse of a vulnerable adult and was booked into the Johnson Detention Center, where she remained Tuesday.

According to SLED, Williams allegedly burned the victim, who was in her care, with a lighter. The victim sustained injuries to his left cheek, right arm and left ankle, SLED said in a release.

The investigation by SLED was initiated at the request of the South Carolina Department of Disabilities and Special Needs.