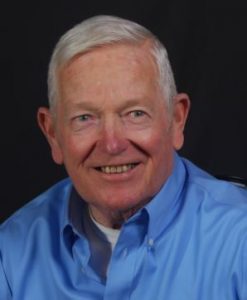 Roland Leroy Tidwell, 79, of Clinton passed away on April 25, 2019. He was born June 29, 1939 in Greenwood and was the son of the late Jane Inglis Tidwell and Leroy Griffin Tidwell.

Roland was a former Fireman and Police Officer with the City of Clinton and later retired from the City of Clinton as Building & Zoning Inspector. He was a member of the First Baptist Church of Clinton. Roland was an avid golfer, a crafty handyman and woodworker, and enjoyed cooking and catering for his family and friends. He also served his country in the United States Army Reserve.

Roland is survived by his son, Roland Scott Tidwell of Clinton. In addition to his parents, he was predeceased by his wife, Carolyn Asbill Tidwell; a sister, Leone Tidwell and two brothers, John Tidwell and William Tidwell.

Funeral services will be held on Monday, April 29 at 3:30 p.m. at First Baptist Church of Clinton with visitation following the service. Interment will follow visitation at Rosemont Cemetery.