Clinton, South Carolina – For the second year, the City of Clinton is among 20 cities in the U.S. and Canada selected to receive a $20,000 TD Green Space Grant. 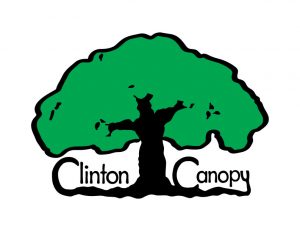 Director of Utilities Joey Meadors said he expects the city to work with Clinton Canopy to develop specific plans for the funds.
“We virtually did the same thing with the TD Grant at Pinehaven Park last year, where we worked with Clinton Canopy on that,” Meadors said.
As with the city’s previous green space grant, TD Bank is funding it and the Arbor Day Foundation will administer the program, according to a press release provided by TD Bank. The Arbor Day Foundation is a nonprofit conservation organization with a mission to inspire people to plant, nurture, and celebrate trees.
These grants provide each municipality with $20,000 to help support green infrastructure development and community green space expansion.
Ten cities across the United States and ten from Canada were selected for the grants.
The City of Clinton shares the honor with one other city on South Carolina, as Rock Hill was also selected.
Other U.S. cities include Hartford, CT; Jacksonville, FL; Hallandale Beach, FL; Morristown, NJ; Bronx, NY; Watervliet, NY; Easton, PA and Providence, RI. In Canada, the 10 cities include Toronto and Niagara Falls, both in Ontario, Montreal in Quebec and others.
This year’s program theme is Innovations in Park-Based Green Infrastructure. To be eligible for a grant, qualified municipalities must be within TD Bank’s footprint in the United States and Canada. Priority is given to projects occurring in underserved communities. The first TD Green Space projects and community engagement events will take place between June and October.
“With more people moving into urban areas, cities are increasingly becoming the heart of where we live, work and play,” says Andrea Barrack, TD Bank’s Global Head of Sustainability and Corporate Citizenship. “Green spaces play a critical role in creating more livable cities. Not only do they provide environmental benefits, but they also provide social services and economic benefits to cities and the people within them. “

The TD Green Space Grants program is part of The Ready Commitment, which aims to accelerate the transition to a low-carbon economy with a target of CDN $100b by 2030 through lending, financing, asset management and other programs. The program falls squarely within The Ready Commitment’s Vibrant Planet driver, to help communities grow and enhance green spaces.