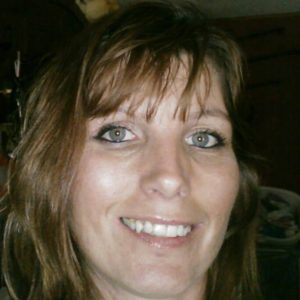 No one was looking for Melissa Fairlee Rhymer.

Rhymer, whose last known address was on Revan Drive in Mountville, was found buried in a shallow grave behind a house in Spartanburg Friday by Spartanburg County Sheriff’s deputies using cadaver dogs.

The bodies of Rhymer, 40, and Christin Renee Bunner, 27, of Spartanburg were both found buried behind the house located on Williams Street in Spartanburg.

Two Spartanburg men – Jonathan “Stretch” Gallagan and Christian Daniel Hurburt – have been charged with murder in connection with the deaths of the two women.

Bunner had been missing since Dec. 16, 2018, but it is unclear when Rhymer went missing.

Laurens County Sheriff’s Office Capt. Robert Wilkie said no missing persons report had been filed on Rhymer with the LCSO, but he said it was unclear whether her Mountville address was still valid. Spartanburg law enforcement officials said Rhymer was not located in any missing persons databases.

According to reports, Hurlburt, who lived nearby at a towing company, spoke with investigators from his hospital following an incident at the towing company during which he shot himself.

Hurlburt confessed to killing a woman and burying her behind the house on Williams Street in January. He did not know her name, but she was later identified as Rhymer. He also said Gallagan killed Bunner, and he helped Gallagan bury her there.

Wilkie said he arrested Rhymer in 2014 on a variety of drug charges as well as several charges involving stolen property.

According to a Facebook page belonging to Rhymer that lists Laurens as her home, she was originally from Rockmart, Georgia. The social media page had not been updated since 2013.