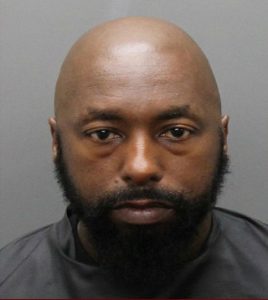 A Gray Court man was sentenced to 27 months in federal prison and three years of court-ordered supervision after pleading guilty in U.S. District Court in Florence.

Derrick Bernard Cunningham, 48, pleaded guilty to possession of a firearm as a convicted felon. He was arrested by officers from the South Carolina Law Enforcement Division (SLED) on May 26, 2018 in North Myrtle Beach. The SLED officer discovered a loaded Jiminez .380-caliber handgun in the pocket of a vest Cunningham was wearing.

Cunningham initially claimed that he had borrowed the vest from a friend. He has prior state convictions for grand larceny, burglary and armed robbery, which disqualified him from owning or carrying a firearm.

He also is awaiting trial in Greenville County on other charges.

In 2016, Cunningham was arrested by Simpsonvile Police and charged with armed robbery and attempted murder.

According to reports, Cunningham fires shots during a robbery of four people at Bradford Place Apartments on West Georgia Road. He was later found by police hiding in a field with his then 12-year-old daughter. No one was hurt during the robbery.