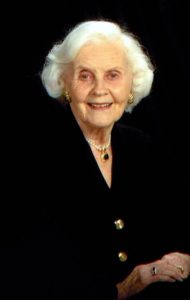 Born in Augusta, GA, she was a daughter of the late Clarence Vincent and Elizabeth Kelly Bell. Marian met her husband William while working at Ft. Gordon and later moved to Atlanta, where they spent most of their lives. After William’s passing, she moved to Martha Franks Baptist Retirement Community.

In addition to her husband and parents, she was predeceased by her two brothers, Vincent and Louis Bell.

Mrs. Bookholt will be laid to rest next to her husband, William, in a graveside service in Floral Hills Memory Gardens in Tucker, GA.