Voters in Gray Court will return to the polls Tuesday for a runoff in the town’s mayoral election.

Scott Cook and Stellartean Jones are vying for the mayor’s office after emerging as the top two vote getters in the March 5 municipal election.

Cook finished with 67 votes (37.6 percent) and Jones had 57 votes (32 percent) in the three-way race with incumbent John Carter. Candidates needed 50 percent plus one vote to avoid the runoff.

The municipal election ended Carter’s 32-year tenure as mayor of Gray Court. He also served 10 years on town council prior to being first elected mayor.

Now, the voters must decide between Cook, a local realtor, and Jones, who served eight years on town council. 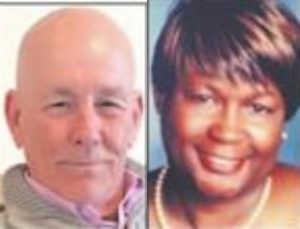 Both Jones and Cook said they would be campaigning heavily following the runoff announcement.

Cook, who was defeated by Carter in the 2012 mayoral election, said he hopes voters will take a look at his campaign platform prior to the runoff.

“If you look at our town, you can see what kind of disrepair it’s in. We’ve got a lot of empty buildings,” Cook said. “If I’m elected, I will actively recruit businesses. Gray Court will support these businesses if they’ll come here and open up.”

Jones said she was initially urged to enter the mayoral race by friends, family and constituents. She gave up her at-large seat on the Gray Court Town Council to seek the office.

“I’d like to focus on projects we have to do, like infrastructure,” Jones said. “We need to concentrate on our dilapidated buildings and make Gray Court a safer, more sustainable place to live.”

In the municipal election, incumbent Adolphus Brewster was re-elected to his at-large seat on the Gray Court Town Council, and newcomer Shaterica Neal was elected to the at-large spot on council previously held by Jones.

All votes for the runoff will be posted at the Gray Court Town Hall. The Owings precinct will be closed. Town Hall will open at 7 a.m. and close at 7 p.m.