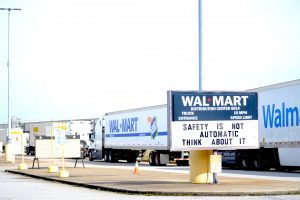 Laurens, S.C. – One male victim has been transported and a female suspect is in custody a shooting earlier in the afternoon at Walmart Distribution Center.

“We have a female in custody and the male victim was transported to Greenville Memorial,”  said Captain Chris Martin with the LCSO. Martin was unaware of the extent of the injuries.

Officers had been on scene and completely cleared the center, and other sheriff, fire and EMS personnel were on standby across S.C. Highway 221.

“We are working to let people go back in to get their belongings shortly,” Martin said. Previously the scene was very busy, as about 4:50 p.m.

“We are still working the scene and trying to clear the building,” Martin had said. “Still a very busy and fluid scene.”
Tractor trailer trucks were lined up outside the gate and in the turn lane on U.S. highway 221 and had not been allowed onto the Walmart Distribution campus. 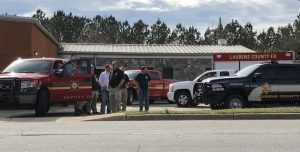 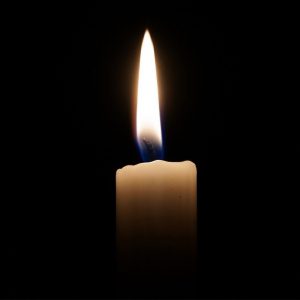