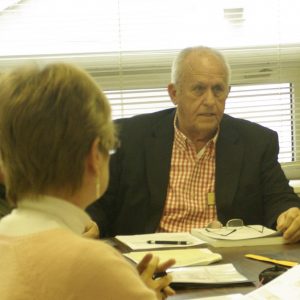 Rosa Booker, who was the second-leading vote getter in a five-person race for the District 2 seat in Tuesday’s municipal election, singled out absentee ballots sent in by Jenkins two children, saying that Jenkins committed election fraud because her two children now live out of town and turned in absentee ballots.

Following the executive session, the board voted unanimously to allow the votes to stand. The board was limited to determine whether or not election rules were followed regarding voter registration and absentee balloting.

“I’m happy with the outcome,” Jenkins said following the hearing. “I did nothing wrong. This has been a waste of time.”

Booker said she understood the ruling because of the limited scope of the board’s powers, but said she is seeking criminal charges. She said she has contacted the Clinton Police Department and the 8th Circuit Solicitor’s Office and expects an investigation by the South Carolina Law Enforcement Division (SLED).

“My sister couldn’t vote for me because she doesn’t live in my district,” Booker testified. “It’s not fair for (Jenkins) to have someone who lives in Tennessee and Spartanburg on an absentee ballot. I question all the absentee ballots that voted for her.” 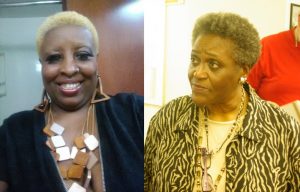 After the hearing, Booker alleged other election law violations by Jenkins and Laurens County Councilwoman Diane Anderson, saying the two went to older residents in District 2, collected their ballots and filled them out after they were signed.

“There is fraud in Laurens County,” Booker said. “And I want to see (Jenkins) in jail.”

Jenkins handily won re-election with 85 total votes (57 percent). Booker was second with 29 votes (19.5 percent). Of the 20 absentee ballots counted in the election, 19 were for Jenkins.

Jenkins was allowed to cross-examine Booker following Booker’s testimony to the board and asked how she came in possession of the items that were entered into evidence. Those items showed where Jenkins’ children are now living.

Booker refused to answer how the items were attained, saying that was a private matter.