Nine candidates were vying for three different seats in the City of Clinton municipal election and once the votes were tallied, incumbents held their seats in two races but Ward 6 incumbent Jimmy Young lost to challenger Megan Walsh. 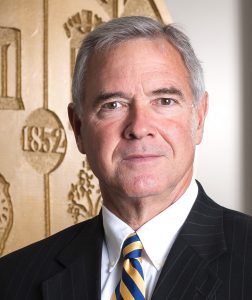 Mayor Bob McLean easily held on to his seat despite a fairly strong showing by supporters of first time challenger Ricky Martin. Neither Martin nor McLean returned calls Tuesday night when seeking comment.

In Ward 2, four different candidates looked to unseat long-time council member Shirley Jenkins, yet she easily won re-election with 85 votes. Trailing her were Rosa M. Booker with 29 votes, Sherri Amick with 20, Rilla Griffin with 11 and Reginald Vance with four.

Jenkins was at the courthouse Tuesday night waiting for final numbers. 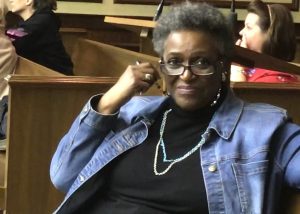 “Well I don’t want to jump the gun,” she said before realizing that with 57 percent of the vote she was in the clear.

“I had decided that win or lose, either way was a win for me,” Jenkins said.

In the Ward 6 race however, incumbent Jimmy Young said he was discouraged by the low numbers of voters, which he felt contributed to his loss to newcomer Megan Walsh.

“I’m disappointed in the turnout,” Young said, noting that 123 voters went to the polls to cast ballots for the two Ward 6 contenders. Walsh garnered 70 votes to Young’s 53.

“I knocked on a lot of doors and rang doorbells and talked to them and answered questions,” Young said. “I believe in term limits and wanted to serve one more term to be part of the council that gets the recreation facility going, but the people spoke and that’s what it’s all about.” 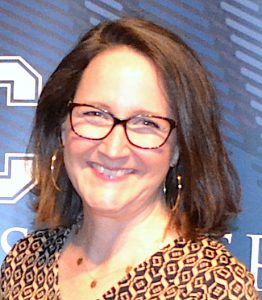 Walsh looked forward to continuing what she’s already been doing, reaching out to constituents.

“I got a list of registered voters back in January and I started contacting people,” Walsh said.

Now that she will be on city council, she said she hopes to find a way to continue communicating with Ward 6 constituents in order to gauge their priorities.

“I tend to err on the side of overworking,” Walsh said. “But I want to get up to speed on everything,” adding that she hopes to begin by sitting in on council’s March 21 budget workshop.

Clinton Ward 4 Council member Gary Kuykendall was up for re-election as well but faced no opposition and received 129 votes.