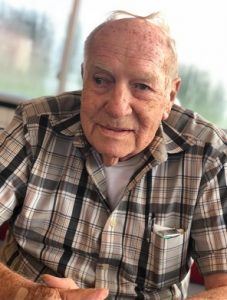 He was born in Gaffney, SC and was a son of the late Francis Herman Floyd, Sr. and the late Annie Dixson Floyd.

Mr. Floyd was retired from Clinton Mills Bailey Plant and was a veteran of the United States Air Force and served in the Korean War.

In addition to his wife and parents he was predeceased by his daughters, Charlotte Bolt, Wanda Moore, Diane Brooks, his brother, Jack Floyd a sister, Phyllis Floyd.

Funeral services will be conducted Thursday, Feb. 28th at 2:00 P.M. in the Pinelawn Mausoleum Chapel with Military Honors.