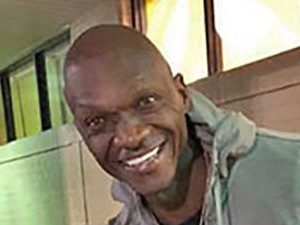 The social media post of Detric “Fat” McGowan. The viral post after he bought $540 in Girl Scout cookies led to his arrest in rural Laurens County.

Detric McGowan was arrested Tuesday afternoon by DEA agents who located him at his home in rural Laurens County. On Monday, a social media post picturing McGowan, who was known by the street name “Fat,” went viral after he purchased $540 in Girl Scout cookies in Mauldin, saying it was too cold for the girl scouts selling them to stand out in the weather.

“This man purchased seven packs of cookies. Gave the girls $40, told them to keep the change,” the post from the Girl Scout mom read. “Then he came back to the table and said ‘pack up all of your cookies. I’m taking them all so y’all can get out of this cold.’ $540 he spent on cookies. What an amazing soul!!!! #troop1574 #kindheart #thatgreenville #greenvillesc.”

According to the indictment, McGowan is accused of trying to conceal more than $1 million in U.S. currency and transport it outside the U.S. as well as manufacturing drugs at a building on Jefferson Davis Road in Laurens County between 2016 and the present. Fentanyl and heroin was detected in the Laurens County building, the report said.

McGowan is being held in the Spartanburg County Detention Center.

According to the DEA, McGowan’s arrest is unrelated to the cookie purchase.