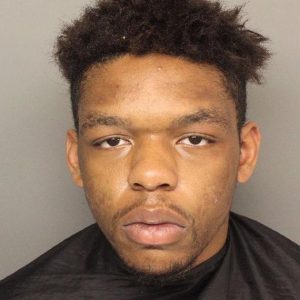 The body of a missing Mauldin teenager was found in a rural area of Laurens County early Thursday morning.

The Greenville County Sheriff’s Office arrested Sosa Mandiez Croft, 18, and charged him with murder, possession of a weapon during a violent crime and grand larceny. The case began as a missing person’s investigation Wednesday.

The victim was identified as Joshua Meeks, 16, a junior at Mauldin High School who was reportedly an honor student and member of the football team. He was reported missing Wednesday afternoon.

The Greenville County Sheriff’s Office said the killing was the result of a drug deal gone bad.

“During the course of investigation, investigators learned that Croft and the victim had engaged in some sort of drug deal prior to Croft stealing the victim’s car and ultimately shooting him,” Lt. Ryan Flood said via a press release.

Greenville County Sheriff’s deputies found the victim’s missing car on Woodruff Road early Wednesday afternoon. Blood was also found in the vehicle. According to reports, Croft allegedly shot and killed the victim and then stole his car and other valuables.

The body was found near Deer Creek Circle located off of Highway 49 in Laurens County near I-26.