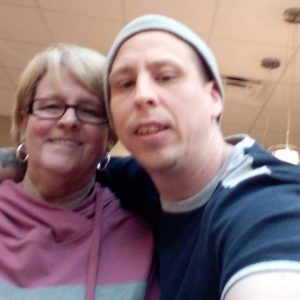 Mary “Tootsie” Knight said her Christmas Tree is still up, waiting for the return of Knight’s son, Cody.

Cody Alan Knight, 32, walked away from his mother’s Clinton home after an argument with his brother on Dec. 9.

Tootsie Knight hasn’t seen or heard from Cody Knight since.

“I wasn’t here when he left,” she said. “He just walked off, and I’m assuming he was fine. It’s very odd. He’s never done this.”

She said Cody Knight usually calls, even if he was just away overnight, but not this time.

According to the report filed by the Clinton Police Department, Cody Knight left on foot and was not carrying a cellphone.

The holidays came and went, but Tootsie Knight says there was no word from her missing son and not a clue as to his whereabouts.

Cody Knight had returned to Clinton following a prison sentence around Thanksgiving. He has a history of drug abuse, according to the police report, but his mother said she doesn’t believe he was using drugs when he left home.

The longer he is missing, the more concerned Tootsie Knight becomes. She said she has put his photo and information out on social media and is now going to local media for help.

“It’s been so long. It’s really got me worried,” she said. “I keep praying. I’m going to go now and get some flyers done. I’m just hoping somebody will see his picture and tell him to get in touch with me.”