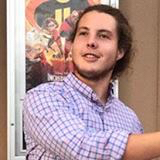 A single-car crash early Sunday morning led to the death of a 20-year-old Laurens man and the arrest of the driver of the vehicle.

Henry Kellett, 20, of Deerfield Drive in Laurens, was pronounced dead at the scene of the accident on Harris Bridge Road about 2.4 miles south of Woodruff in Spartanburg County just after 1 a.m. Sunday.

Austin Cole Hughes, 21, the driver of the 2006 Ford Mustang involved in the accident has been charged with Felony DUI resulting in death, according to South Carolina Highway Patrol Lance Cpl. Gary Miller.

Cole, of Gray Court, was injured in the crash and transported to the Spartanburg Regional Medical Center, Miller said.

Both men were recent graduates of Laurens District High School.

Kellett worked for his family’s business, Kellett & Sons Truck Parts and truck repair on Deerfield Drive. He was a member of Gospel Tabernacle in Laurens and described as an lover of music and the outdoors.

According to his obituary, funeral services for Kellett are scheduled for 3 p.m. today (Jan. 30) at Gospel Tabernacle with interment to follow at Westview Memorial Park. Visitation will be held at the church beginning at 1 p.m.