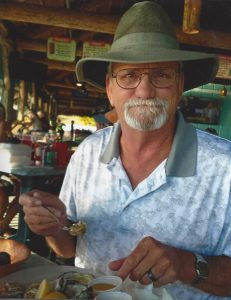 He was born in Kinards, SC and was the son of the late Troy Gerald Beaman, Sr. and Elizabeth Keasler Beaman. He was an employee of Ceram Tec in Laurens. He served his country as a United States Marine and in the South Carolina National Guard, he was a veteran of the Vietnam War and Desert Storm. Mr. Beaman was a member of the D.A.V., lifetime member of the VFW and of the Methodist faith.

Surviving are his wife, Cynthia Beaman of the home; his two sons, Scott Beaman of St. Augustine, FL, and Paul Beaman of Waterloo; his step-son, Jamie Beaudin of Brush, CO; his two step-daughters, Michele Johnson and Tracy Murphy both of Greenwood; his two sisters, Ann Chaney of Clinton and Leona Johnson of Joanna; his special niece, Casey Beaman of Clinton; his thirteen grandchildren and his two great-grandchildren.

A Memorial Service will be held Saturday, January 26, 2019 at 2 p.m. at the Gray Funeral Home Chapel in Clinton. The family will receive friends prior to the service from 1 to 2 p.m.

In lieu of flowers memorials may be made to the Vietnam Veterans Memorial Fund, 1235 South Clark Street, Suite 910, Arlington, VA, 22202 or online at donate.vvmf.org or to the American Heart Association, 156 Milestone Way A, Greenville, SC 29615.