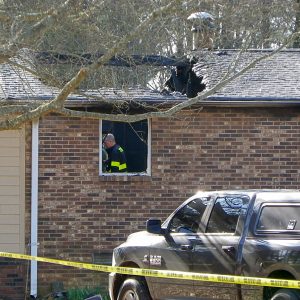 Investigators from the South Carolina Law Enforcement Division and the Laurens County Sheriff’s Office were still looking for clues Thursday in a Wednesday night house fire that apparently killed a man in the Youngs community.

Korey Cantrell, 42, perished in the fire at his home on Harris Bridge Road, which is just a short drive from the Youngs Fire Department and EMS station.

Laurens County Deputy Director of Fire Services Curt Thackston said the fire had spread into the roof when fire fighters arrived at the home and found Cantrell in the house.