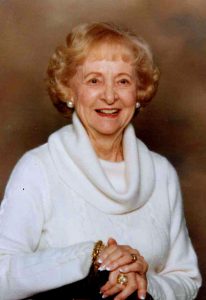 Born in Greenwood, she was the daughter of the late Joseph Wilmot and Edna Harvey Hughey.  A graduate of Winthrop, she was a mother and homemaker.   Mrs. King was a member of First United Methodist Church of Laurens.

The family will be at the home and will receive friends at the graveside immediately following the service.

Condolences may be addressed to the family at www.thekennedymortuary.com.