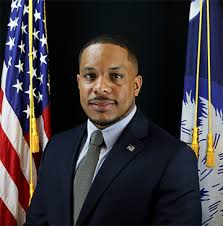 Laurens County Councilman Garrett McDaniel registered this past week as a candidate for the South Carolina House of Representatives District 14 upcoming special election, becoming one of two Democrats in the field of six.

“This was a long-range goal of mine, and the opportunity presented itself,” McDaniel said of his decision to enter the District 14 race. “One of my primary concerns is to make sure we’re represented properly in Columbia and fight to get the local government fund back for the counties. I want to fight to get the funds the citizens of the county are paying in taxes and not getting back as they should.”

The state suspended the $1 million annual local government payouts to counties during the height of the recession and has yet to reinstate them, creating a budget shortfall for some smaller, rural areas.

Gregory, a retiree from the Brewington community in Laurens County, said he is running so he can speak for those living on fixed incomes and those struggling to make ends meet.

“I’m running for those on fixed incomes, people who work for themselves or people who only get two or three days a week at a Burger King or somewhere,” he said.

Gregory, who said he would have preferred to run as an independent had he had the time to gather the necessary signatures, also said he is appalled at state laws that allow short-term and title loan companies to charge exorbitant interest rates to their clients.

While Democrats will choose between Gregory and McDaniel in the primary election, Republicans will chose among four hopefuls – Grant Blair, Scott Horne, Stewart Jones and Michael Seymour.

McDaniel said he thinks a Democrat can prevail in a district that has voted for and rarely opposed the conservative Pitts since 2002.

“We hope the voters will educate themselves on the candidates and choose the person who is going to represent their interests the best,” he said. “Yes, a Democrat can win here.”