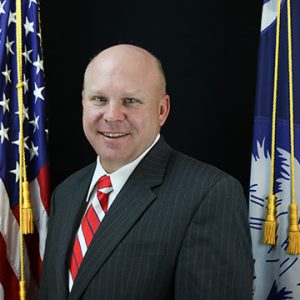 The Laurens County Council held its first regular meeting of 2019 Tuesday night at the Historic Courthouse on the square in Laurens and elected David Pitts as its new chairman.

Two new council members also took their seats for the first time as members. Jeff Carroll, who defeated Keith Tollison in the Republican Primary in June for the District 5 seat, and Kemp Younts, who is replacing the retired Ted Nash in District 1, are new to council.

Carroll and Younts were sworn in on Jan. 3 with District 4 incumbent Stewart Jones, who was unopposed in the GOP primary and general election.

“Laurens has a lot of opportunities that are facing it right now,” Carroll said. “There are a lot of things council is going to have to address to move this county forward. Growth is coming, and I’d like to be the people who decide what our growth looks like and not have it forced upon us. So, we’ve got some hard and smart decisions for our county.”

The new council faced a couple of decisions in the opening minutes of the year’s first meeting. The first item on the agenda was the election of a chairman and vice-chairman. 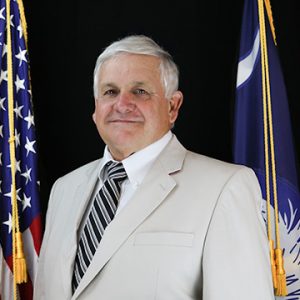 Pitts was elected to replace Joe Wood as council chairman. Wood takes over as vice chairman, a post previously occupied by Tollison. Pitts was elected with four votes and three abstentions.

In other action, council heard information from County Administrator Jon Caime on a capital improvement plan as well as a budget review schedule for the upcoming 2019-20 fiscal year.

Project Gator was revealed this week as a $17.265 million investment from BDS Technologies, which is opening its first production facility at Hunter Industrial Park. Project Autumn is an investment from an existing industry in the county.

In new business, council received information on a change order for HVAC work being done at the county offices at the Hillcrest Judicial Complex.

Director of Public Works Dale Satterfield was appointed as the county’s representative on the Main Street Laurens Board of Directors. He is a former chairman of that board.