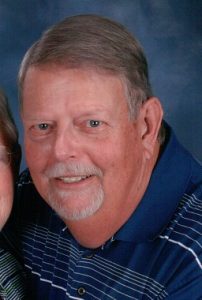 He was born in Joanna, S.C., and was a son of the late Hick and Jeanette Marshall.

Mr. Marshall was a former employee of Greenwood Mills, Clinton Mills and BMW. He was an active member and deacon of the First Baptist Church of Clinton, a member and Past President of the Joanna Lions Club. He was recognized as South Carolina Textile Citizen of the Year, Lion of the Year, and very proud to say his family was recognized as the Upper Savannah Region Family of the Year. He was an Eagle Scout, served as Scout Master of Troop 75 in Joanna and also received the Silver Beaver Award. For many years, he served as a member of the District 56 School Board, the Laurens County FCA, a Volunteer Fireman, a reading mentor at Joanna-Woodson Elementary school and an avid Gamecock Fan.

Funeral services will be conducted Tuesday, December 11, 2018 at 4:00 p.m. in the First Baptist Church of Clinton by Rev. Dr. Blake Harwell with interment at Pinelawn Memory Gardens.

In lieu of flowers memorials may be made to the First Baptist Church of Clinton, New Family Life Center, 301 S. Broad St., Clinton, SC 29325.