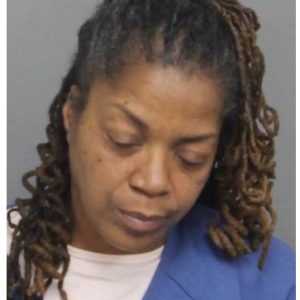 Robbie Neal, 55, was arrested and charged with driving under the influence after being stopped by Clinton Police at North Sloan and West Pitts streets, according to police reports. The arrest report said that it was Neal’s second DUI offense. Neal’s first DUI arrest came in 2013.

Neal also failed routine field sobriety tests, losing balance on a “walk-and-turn” test and being unable to follow a light with her eyes, the report said. The report also said Neal’s speech was often garbled, and she jumped from one subject to the next without completing a thought. Anderson reported that Neal also repeatedly smacked her lips, which Anderson said was a sign of alcohol intake. Anderson said she also notice a strong aroma of alcohol coming from Neal.

During the booking process, Neal refused to submit to a Datamaster breathalyzer test, which is designed to determine a blood-alcohol level. Because she refused the breathalyzer, her driver’s license will be suspended for at least six months.

During the arrest, Neal asked Anderson and officer Brian Beaman if they “knew who she was,” the report said.

According to the report, Neal also stated that the arrest was embarrassing and she was a disappointment to the mayor (Clinton Mayor Bob McLean).

“This is bad for the city for you to do this right now,” Neal reportedly told the officers. She also reportedly said to Anderson, “You’ve got the biggest catch.”

While being processed by Beaman at the Clinton Police Department, Neal also accused the officers of “racial profiling.”

Neal was taken to the Johnson Detention Center and released Sunday morning on a personal recognizance bond. Her initial court appearance is set for Jan. 18, 2019.

Neal was elected to the Clinton City Council in 2017 and represents Ward 3.