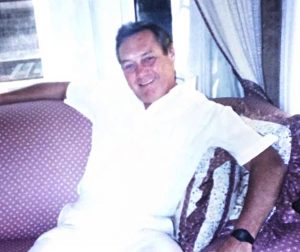 Mr. Farrell was born on August 14, 1936, in Hell’s Kitchen, New York City to the late James and Mary Kelly Farrell. Mr. Farrell served honorably in the United States Army from 1960 to 1966, achieving the rank of Specialist 4th Grade. During his service, he was decorated as a marksman and a sharpshooter. Mr. Farrell made his living as an electrician and then enjoyed a happy retirement in South Carolina with Carol. He enjoyed travel, photography and family. He was affectionately known by his nieces and nephews as “Uncle Ha-Ha”, a nod to his quirky sense of humor.  He brought laughter to all that knew him and he will be missed.

Mr. Farrell was predeceased by his beloved wife, Carol, and six of his siblings. He is survived by his sister, Ann Farrell and by numerous nieces and nephews.

A memorial service will be held 11:00 a.m. Saturday, November 10, 2018, at Martha Franks Rasor Chapel conducted by Rev. Dr. Lawton Neely. The family will receive friends in the chapel immediately following the memorial service.