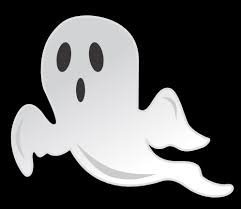 The Walking Dead Wood Trail will extend the scares and screams into next weekend.

The haunted trail, which is a fundraiser for the Laurens Police Department’s Christmas in the City charity, was closed Friday due to expected inclement weather, but will be open on Halloween night along with Boo in the Park and open again on Thursday, Friday and Saturday of next week.

“We’re doing this because we missed a couple of days, and we want to make up for those days,” said Laurens Police Chief Chrissie Cofield.

Weather has forced the haunted trail to be closed on several nights, but organizers are hoping for clear weather for Boo in the Park, which is moving this year to Ceramtec Park.

The Walking Dead Woods Trail will be open from around dusk each night until around 10 p.m.

“We’d like to thank everyone who has come out,” Cofield said. “We’ve had over 300 people come through, and the reviews we’ve received from it have been exceptional. They say it’s been just the right mix for everybody. If you haven’t been out, come and see it. If you have been out, come out again. We change it up, so it’s never the same thing twice.

Tickets for the haunted trail are $10 each, and hayrides are $5 each.