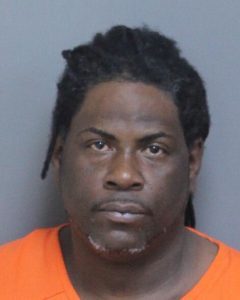 A Greenwood man who shot and killed his estranged wife in Clinton last year pleaded guilty to the crime in court Monday.

Clinton Anthony Smith, 42, will serve 37 years in prison for the murder of his estranged wife, Kimberly Smith, 40. The sentence was handed down by 8th Circuit Judge Letitia Verdin. Under state law, Smith will not be eligible for parole or early release.

After the murder, Clinton Smith was located by Greenwood County sheriff’s deputies. Once in custody, Smith confessed to the murder.

According to the 8th Circuit Solicitor’s Office, Clinton Smith and Kimberly Smith had been separated for about four weeks prior to the murder.

Kimberly Smith had returned to her residence and was lying in bed on the afternoon of March 20, 2017 after working a night shift. Clinton Smith forced his way into the home by kicking in a door and shot his estranged wife four times while she was in bed.

“Kimberly Smith was a devoted mother who was violently taken far too soon from her children, at the hands of the man who should have been protecting them as husband and step-dad,” Stumbo said following the proceeding. “My office will continue to stand with our law enforcement.”