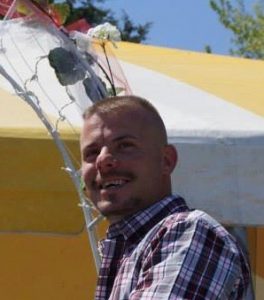 Alan was born in Greenville, S.C., and was the son of the late Jerry Wayne and Brenda Gail Brown Johnson. He loved to play cards and always had the biggest heart, especially for his wife and kids.

Funeral services will be held Thursday, October 25, 2018 at 4 p.m. at the Gray Funeral Home Chapel in Laurens with burial to take place at Westview Memorial Park. The family will receive friends prior to the service from 3 to 4 p.m. at the funeral home.

Condolences may be expressed to the family online at www.grayfuneralhome.com.