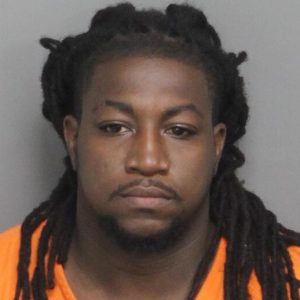 A Laurens man was arrested Monday by deputies from the Laurens County Sheriff’s Office in connection with a drug-related death in May.

Quinton Lashawn Watts, 27, was charged with involuntary manslaughter relating to the death, which was caused by fentanyl poisoning.

According to a release form the LCSO Tuesday, investigators made undercover drug purchases from Watts, and the pills they bought from Watts contained fentanyl. Investigators said they uncovered evidence linking Watts to the victim’s death.

In addition to involuntary manslaughter, Watts faces several drug charges, including possession with intent to distribute marijuana and three counts of distribution of fentanyl.

Watts was booked into the Johnson Detention Center and released on bond. Bond was set at $80,000 on all charges.

“I first want to say that our thoughts and prayers are with the victim’s family. Although nothing will ease the pain of losing a loved one, we hope this will bring them some much needed peace and closure. They lost a loved one because of this poison and they are really hurting. I would ask that everyone respect their privacy during this difficult time.

“These types of cases are extremely difficult to investigate, as well as prosecute, but fortunately we were able to obtain substantial evidence against Mr. Watts and hold him accountable for selling this poison in our community. I’m proud of our investigative team for the work they’ve done, and I’ll continue my commitment to rid this county of anyone selling this poison.”