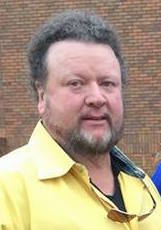 A pair of separate accidents minutes apart on I-26 near Clinton led to DUI charges for a Texas truck driver and the death of a Clinton resident.

Clinton resident Tommy Ramage was killed just after 10 p.m. after colliding head-on with another vehicle. According to the S.C. Highway Patrol, Ramage was traveling the wrong way near mile marker 52 on I-26 eastbound when he collided with a GMC pickup being driven by Jacob Samuel Jackson, 28, of Gaston.

Jackson was trapped in the vehicle and taken by ambulance to Spartanburg Regional Hospital.

Laurens Couny Deputy Coroner Vickie Cheek said Ramage, 58, died due to multiple blunt-force trauma and was pronounced dead at the scene of the accident at 10:17 p.m.

Ramage was a native of Clinton. His Facebook page indicated that he was employed by Harrah’s Cherokee Casino as a table games dealer. The social media page also says Ramage had two sons, Chandler and Elliott.

Both Ramage and Jackson had to be extricated from their vehicles by mechanical means, said S.C. Highway Patrol Lance Cpl. Gary Miller.

Eastbound lanes on I-26 were blocked minutes earlier when a tractor-trailer flipped over in a single-vehicle crash near Exit 56. That crash occurred at 9:55 p.m., blocking eastbound lanes for several hours.

According to the S.C. Highway Patrol, Fred Smith Waters, of Brownsville, Texas, was driving a 2015 Peterbilt and ran off the right side of the road and flipped the 18-wheeler.

Waters was charged with driving under the influence and an open-container violation, Miller said. He was injured and transported to Spartanburg Regional Hospital.