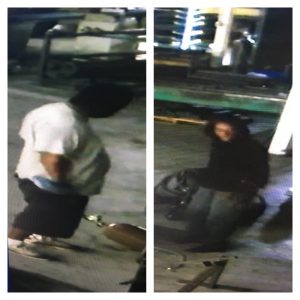 Security camera footage of suspects from robberies at 3S International in Hickory Tavern.

Investigators from the Laurens County Sheriff’s Office are seeking information from the public on two recent thefts, one in Hickory Tavern and the other in Clinton.

According to the LCSO, the perpetrators broke into the business and stole five welding machines.

Deputies were called back to the business Tuesday morning where they found additional welding machines had been stolen during a burglary.

Anyone with information on the crimes or identities of the suspects are asked to call the LCSO at 864-984-4967 or CrimeStoppers at 865-68-CRIME. 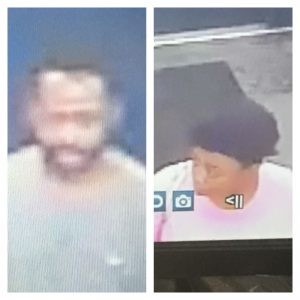 Security camera photos of suspects in car theft Saturday at the Dollar General on Highway 56 in Clinton.

An elderly man returned to the Dollar General parking lot on Highway 56 in Clinton to find his car stolen Saturday.

As the man shopped inside the store, his gray 2005 Honda Accord was stolen. The suspects left the parking lot, driving toward the City of Clinton.

Anyone with information on the crime or the suspects can contact LCSO Investigator David Staton at 864-681-4527 or CrimeStoppers by calling 864-68-CRIME. All CrimeStoppers tips can remain anonymous.