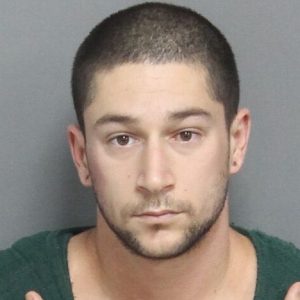 The man accused of sexually assaulting and beating a small boy to death this past June could face the death penalty.

Stumbo filed notice with the state Monday that his office would be seeking the death penalty against Looper who is charged with murder, first-degree criminal sexual conduct and two counts of unlawful conduct toward a child.

The child’s mother, Jessica Smith, 27, was also arrested and is charged with homicide by child abuse and two counts of unlawful conduct toward a child.

Neither Stumbo nor the LCSO had further comment on the decision to seek the death penalty, but Reynolds had harsh words in the hours following the crime.

“These animals, who are possessed with pure evil, have no place in our society,” Reynolds said. “There is no rehabilitation for people this evil. I’m sure God has a place for these broken individuals as he does for these precious children.”

Members of the victim’s family, contacted through family spokesperson Diane Smith, said they had no comment on the case at this time.

Steven Bixby was the last person to receive the death penalty in the 8th Circuit, following his conviction in a double murder in Abbeville. Bixby and his parents murdered Abbeville County Sheriff’s Deputy Danny Wilson and State Constable Donnie Ortiz in 2003 over an eminent domain dispute during the widening of Highway 72 in Abbeville. Bixby was convicted in 2007 and has exhausted his appeals, the final rejection coming in October. He remains on death row.

Stumbo called for Bixby’s execution to go forward in January but the state is unable to acquire the drugs needed to perform the lethal injection. In January, the state senate considered a return to electrocution, which has not been used in South Carolina since the execution of double-murderer James Earl Reed in 2008.

South Carolina last executed Jeffrey Motts by lethal injection on May 6, 2011. Motts was convicted of the 1995 double murder in Greenville County of Clyde Camby, 79, and Motts’ great aunt, Etta Osteen, 73, and was serving a two life sentences when he murdered another Perry Correctional Institute inmate, Charles Douglas Martin. Motts received the death penalty for Martin’s murder, becoming the 43rd man executed by the state since South Carolina reinstated the death penalty in 1977.

In Laurens County, the state sought the death penalty for Bennie Ray Brown, who shot and killed LCSO Deputy Roger Rice and former girlfriend Nicole Kingsborough in July of 2011. Brown pleaded guilty to the murders in exchange for a life sentence. He died in prison in January.