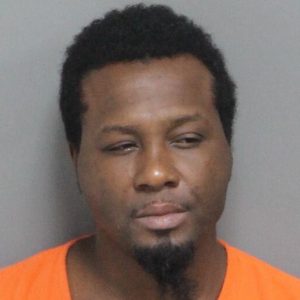 An arrest was made Tuesday night by Clinton Public Safety after a hit-and-run incident that shut down Calhoun Street and caused a lockdown of the Presbyterian College Campus.

Willie Fred Walker, Jr., 39, faces multiple charges relating to the incident, including hit-and-run, failure to stop for a blue light, driving under the influence, illegal possession of a firearm, driving under suspension and open container.

No one was injured in a hit and run, which forced the temporary closure of Calhoun Street in Clinton Tuesday night. Officers with the Clinton Department of Public Safety and Presbyterian College Safety were able to apprehend Walker, said DPS Director Robin Morse.

Walker allegedly fled on foot after the traffic accident occurred. PC security officers were notified after Walker fled toward the campus. Officers were able to apprehend Walker as he hid in bushes near the Harrington-Peachtree Center on the PC campus.

“The (car) chase wasn’t long because he didn’t have working brakes and couldn’t make the turn,” Morse said. “He will be charged with multiple charges, including DUI (driving under the influence), DUS (driving under suspension), hit-and-run and others.”

Calhoun Street was reopened once he was in custody.