The Labor Day holiday turned deadly in Laurens County as an 18-year-old Lander University student and a Gray Court man were killed in separate accidents.

Justin Moser, 30, was driving an ATV at his residence on Marler Road in Gray Court.

According to S.C. Highway Patrol Lance Cpl. Gary Miller, Moser lost control of the 1985 Honda three-wheel ATV and crashed into a tree at 5:20 p.m. Monday. He was not wearing a helmet, Miller said.

Moser was pronounced dead at the scene of the accident of blunt-force injuries to the chest and neck, said Laurens County Deputy Coroner Michael Williams. 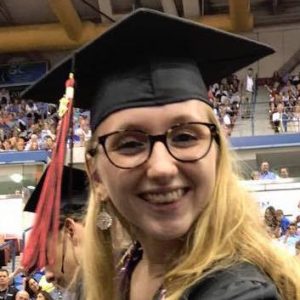 Earlier in the day, Claudia Lee Haynes, 18, was killed in a single-car accident on S.C. Highway 560 near Mountville Road. The accident occurred at 1:40 p.m., and Haynes was pronounced dead at the scene.

Haynes, a freshman at Lander, was traveling back to the university from her home in Mount Pleasant.

According to the S.C. Highway Patrol, Haynes, driving a 2003 Subaru Forester, ran off the right side of the road and crashed into a tree.

She died of blunt-force trauma to the neck and chest. She was wearing a seatbelt, Miller said.

Haynes is the second Lander student killed in accidents on Laurens County roads this year.

Logan Lusk, a sophomore chemistry major, died in a single-car crash on U.S. Highway 25 in April as he was returning to campus from his home in Pickens.