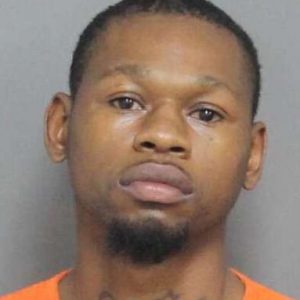 The Laurens Police Department is seeking a man who escaped custody Friday afternoon after being arrested on domestic violence charge.

According to LPD Assistant Chief Maj. Chrissie Cofield, Tevin Oneil Brown made an escape from the LPD’s holding facility after being booked on the domestic violence charge. Brown reportedly pushed away from an officer while being escorted to the holding area from a water fountain.

Brown then fled on foot and evaded the officers’ initial search. He was last seen wearing black pants and no shirt. He is 6-foot-2, 174 pounds with black hair and brown eyes. He has tattoos on his neck and chest, including a script tattoo on his neck that reads, “Ania” or “Aria” with a star dotting the “i.”

Anyone with information concerning Brown’s whereabouts are asked to contact the LPD or call Crimestoppers at 864-68-CRIME.