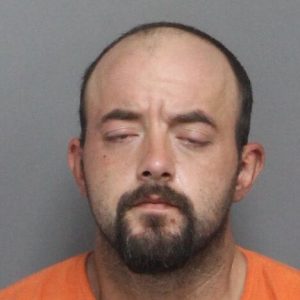 A Piedmont man was arrested Tuesday by investigators from the Laurens Police Department and charged with burglary in connection with thefts Sunday from Laurens Family Medicine.

According to the LPD, Jarvis was an employee of TC Cleaning Services, which was contracted by Laurens Family Medicine. Investigators say he had access to the building and entered it sometime late Sunday or early Monday morning. He had been employed by the cleaning service for little more than a week.

“He had access to the security system by virtue of his position,” said LPD Assistant Chief Maj. Chrissie Cofield. “He took several electronic items, which have all been recovered.”

Cofield said TC Cleaning Services were instrumental to the investigation and helped locate the stolen equipment.

In addition to the electronics, Jarvis allegedly stole an unknown amount of petty cash and other money at the office that was earmarked for charity.

Employees at Laurens Family Medicine called the funds raised for charity “blue jean money.” They were able to donate to the fund in order to wear jeans to work.

The burglary at Laurens Family Medicine was the first of two at Laurens businesses between Sunday and Tuesday.

Laurens Drug Co. on West Main Street, which is just a few blocks from Laurens Family Medicine, was also burglarized sometime overnight Monday or Tuesday morning. The suspects forcibly entered the drugstore and took money from a cash register.

Cofield said investigators do not think the two crimes are connected and are continuing their investigation.

Anyone with information on the Laurens Drug break-in is asked to call the LPD at 864-684-3532 or Crimestoppers at 684-CRIME. Cromestoppers tips remain anonymous.