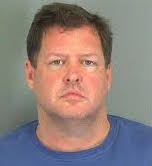 The Greenville News reported Tuesday that convicted serial killer Todd Kohlhepp has told authorities that two additional victims were buried near I-26 in the Enoree area.

Kohlhepp is serving seven consecutive life sentences for seven murder convictions at the state’s Broad River Correctional Facility. He has been in prison since May of 2017.

Other victims, including one survivor, were discovered on property in Woodruff owned by Kohlhepp. An Anderson woman, Kala Brown, was discovered chained in a storage container in November of 2016 by police searching the property. Kohlhepp was convicted with the murder of her boyfriend.

Spartanburg Sheriff Chuck Wright told The News that investigators are attempting to bring Kohlhepp back to Spartanburg County to lead detectives to the additional victims.