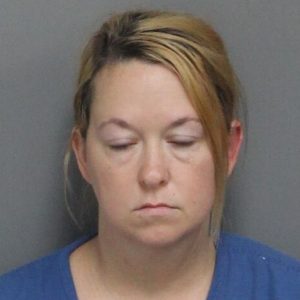 A Laurens woman accused of starving a dog for a month as it languished on a chain at her residence has been arrested by the Laurens County Sheriff’s Office and charged with ill-treatment of an animal.

Elizabeth Lena James was arrested Thursday evening and booked into the Johnson Detention Center. Laurens County Animal Control had already issued James a summons to appear in court on Sept. 10, but criminal charges could be filed only after an investigation by the LCSO.

The 6-month-old Rottweiler-Mastiff mix, now called Champ, was discovered by a passerby who called Laurens County Animal Control. He weighed about 50 pounds — less than half of what would be his normal weight of 110 pounds — when he was taken from the residence and rushed to Clinton Animal Hospital. Rescue Dogs Rock of New York City has since stepped in and taken the dog to a 24-hour emergency animal hospital in Irmo. The organization quickly raised more than $4,000 for the dog’s care through Internet donations.

“He will be monitored 24/7, is on IV fluids and meds an everything possible is being done to save his previous life,” the rescue organization wrote on its Facebook page.
In addition to severe starvation, Champ was infested with maggots and is inundated with hookworms, according to the Facebook page. He has also received blood transfusions and fluids.
LCAC Director Giles Gilmer said the dog was left in the care of James by her ex-boyfriend, but she did not care for or feed the dog because it belonged to the ex-boyfriend. 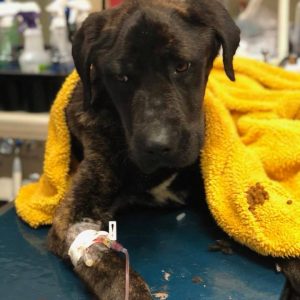 Champ at an Irmo animal hospital.

“From the information I received from her, it was not her dog, but she had possession of him for 30 days,” Gilmer said. “It was obvious that she was not caring for the dog.”

“He’s got a long recovery ahead.”
According to the Rescue Dogs Rock Facebook page, the dog’s former owner has come forward and identified him as “Ace.”
“The outpouring of support today for this sweet boy has been amazing,” the Facebook post from Rescue Dogs Rock read. “The messages have been flooding in all day which has helped restore our faith in humanity. We are as outraged as all of you are that this happened, in fact it makes us sick to our stomachs.”

The rescue organization posted again Friday morning that Champ’s numbers were still “way off,” and he will probably require another blood transfusion.

“Inhumane treatment of animals will not be tolerated on my watch” said Laurens County Sheriff Don Reynolds. “No
animal should have to go without food and water.” 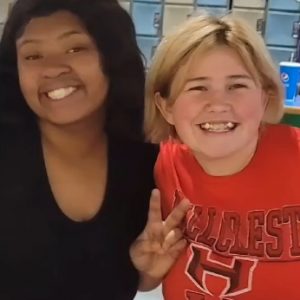