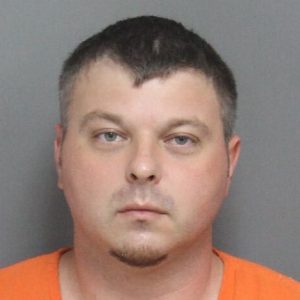 A Clinton man convicted of sexually assaulting a girl under the age of 13 repeatedly over a six-year span was sentenced to 40 years in prison Friday in 8th Circuit Court at the Laurens County Hillcrest Judicial Complex.

Following the verdict, Judge Frank Addy, Jr. sentenced Eubanks to 25 years in prison for first-degree sexual conduct and added a consecutive 15-year suspended sentence for the second-degree charge. Another 15-year sentence on the third-degree charge will run concurrently with the 25-year sentence. Eubanks also received five years probation that will follow his prison sentence, which will be served without the possibility of parole.

“Predators like Michael Eubanks need to be behind bars so they can no longer carve a path of destruction through the lives of children to satisfy themselves,” 8th Circuit Solicitor David Stumbo said following the sentencing. “I am very proud of this young lady for having the courage to come forward and face her abuser in court. It is my prayer that she can now move forward and put this dark chapter of her life behind her.”

The victim came forward and reported the abuse to local law-enforcement officials in June of 2017.

Stumbo praised the work of his staff along with Laurens County Sheriff’s Office investigators Jared Hunnicutt and Michael Polson alont with Kim Little of Gilchrist Consultation and Counseling.