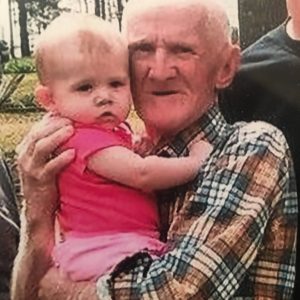 According to the Laurens County Sheriff’s Office, Paul Patterson has been located after a search that lasted through the night and morning. Patterson, an 84-year-old Clinton resident with Alzeheimer’s, went missing from his Clinton residence around 8 p.m. Tuesday.

The LCSO thanked Clinton Public Safety and local volunteer fire fighters and first responders for their roles in the search.

The Laurens County Sheriff’s Office is seeking an elderly man who walked from his Clinton home Tuesday night and did not return.

Paul Patterson, 84, left his residence on Fuller Road in Clinton about 8 p.m. Tuesday. He suffers from Alzheimer’s.

Patterson is 5-foot-5 and weighs about 115 pounds. He was last seen wearing a black t-shirt and blue jeans. According to family members, he is in good physical health for his age.

He has left the residence on other occasions and has been known to hide from family members, a release from the LCSO said.

The LCSO deployed its bloodhound tracking team around 11:30 p.m. and has requested assistance from SLED’s tracking team as well. The units searched through the night.

Local first responders have begun a ground search for Patterson.

Anyone who has seen or sees Patterson is asked to call 9-1-1.