Laurens, S.C. – A Laurens family is awaiting information from law enforcement officials in Horry County about the possible death of their son.

David and Deborah Anderson of Laurens are awaiting a visit by a Myrtle Beach detective, who plans to talk with them about the possibility that their son, Shawn Anderson, 35, may be one of the unidentified bodies presumed murdered and then burned inside a car in Socastee near Myrtle Beach. 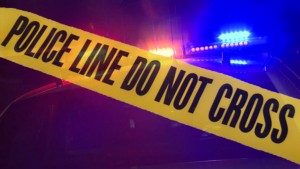 “I was at work Friday night when I got a call from one of Shawn’s friends who said he’d been killed at the beach,” David Anderson said this morning. “I actually got on the phone Friday night and called down there (to Horry County police).”
Anderson was told the bodies were burned beyond recognition, and the detective plans to come and collect DNA from Anderson and his wife and Shawn’s dental records from their local dentist.
Until he receives any firm news, Anderson said he and his family are holding out hope that there’s been a mistake.
“He’d been down there two years,” Anderson said. “I just talked to him Tuesday, and he was doing real well and had just bought a car.”
Anderson said he has heard conflicting reports from news agencies at the coast, and he’s been having conversations on the phone with officials in Myrtle Beach.
“Pretty much what we were told by the coroner yesterday is that they’ve arrested four guys,” Anderson said. “There’s really no definitive answers from what I’ve heard from different people, and we’ve heard different stories. (We’re) waiting until the detective gets here where I can sit down face to face and ask him questions.”
Anderson said it is a very emotional time and friends have been supporting the family as they wait for more answers. But they won’t give up hope until the family is presented with firm facts, which might take awhile.
“We’re hoping and praying it’s completely different from the information we’ve been given,” Anderson said.