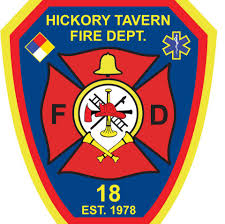 The Hickory Tavern Volunteer Fire Department will hold its 40th-anniversary celebration Saturday from 11 a.m.-3 p.m. at the fire station.

Hickory Tavern Fire Chief Lance Roper said the event is open to the public, and he hopes the community and former firefighters, supporters and their families will drop in for the open house.

Free hot dogs will be served during the event, but Roper said a free lunch is just a small part of the celebration.

“We wanted to make this more of an intimate thing,” he said. “We wanted to sit down and talk with people and hear their stories, and we want to walk people through the station and show them the trucks. We’re really proud of our fleet.”

He said updating the station’s fleet was a priority when he became chief 10 years ago, and through a series of grants and other efforts, Hickory Tavern has successfully done that.

State Rep. Mike Pitts will be in attendance and will be presenting a resolution from the state legislature. The department will also be dedicating a training facility in honor of the late Steve Alexander, a former Hickory Tavern firefighter who was instrumental in its development.