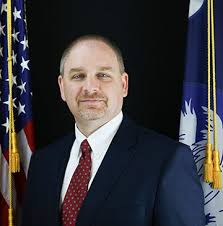 Russian has accepted a job as an engineer with Greenwood County. He is a resident of Ninety Six.

“It’s going to feel weird to not make that turn and come over the lake to work,” Russian said.

Russian has worked as director of public works in Laurens County for the past three years. Prior to that, he worked in the county for five years with the S.C. Department of Transportation.

Laurens County Council Chairman Joe Wood praised Russian for his work ethic and contributions to the county during his tenure with the county.

The search for Russian’s replacement has already begun. In a related move Tuesday night, council members voted to promote Billy Wilson, who currently oversees purchasing for the county, to assistant director of public works.

See this weekend’s Advertiser Extra for the complete story.