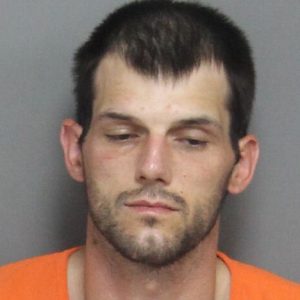 A Facebook post by the Laurens County Sheriff’s Office Monday helped lead to the arrest of a Simpsonville man who wrecked a stolen truck in Hickory Tavern.

Daniel Banks was arrested and charged with possession of stolen property after an afternoon manhunt led to his arrest on Rabon Church Road late Monday evening.

Banks allegedly wrecked the GMC pickup stolen from Mauldin after fleeing LCSO deputies who attempted to conduct a traffic stop after identifying the truck as stolen. He then fled the scene of the accident at Bolt and Ballenger roads in Hickory Tavern on foot, evading capture for several hours before being tracked down in Gray Court.

“After we put it on Facebook we started getting calls about him,” said LCSO Capt. Robert Wilkie. “He was going up to people asking for rides.”

The LCSO’s Facebook post included a mugshot of Banks, who remained in the Johnson Detention Center. He is facing several charges, including possession of stolen good and failure to stop for a blue light. 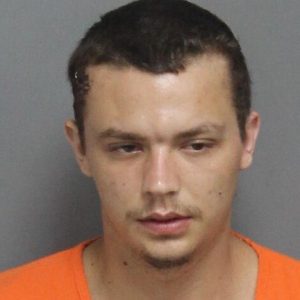 A Spartanburg man who allegedly led police on a high-speed chase Thursday night through Gray Court and Laurens is facing three attempted murder charges stemming from the incident.

Bradley Dwayne Morris, 20, was spotted in pickup that had been reported stolen in Spartanburg by Laurens County Sheriff’s Office deputies at a Gray Court gas station.

According to LCSO reports, Morris rammed a LCSO vehicle head-on, backed into another parked vehicle and hit a LCSO officer who had approached the vehicle on foot. He also hit other vehicles as he fled down S.C. Highway 14.

During the chase, Morris, driving the stolen pickup, lost control of the vehicle and overturned. Morris and a passenger were transported by EMS to a hospital. The passenger is still being treated at the hospital for injuries, while Morris has been transferred to the Johnson Detention Center.

Wilkie said the LCSO officer injured in the incident suffered only minor injuries.

Morris remained in the Johnson Detention Center where he is charged with three counts of assault/attempted murder, four counts of malicious injury to animals or property, hit and run driving under suspension and receiving stolen goods with a value of $10,000 or more. 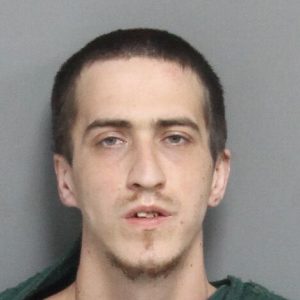 A Waterloo man is charged with three counts of attempted murder after a traffic incident Monday in Waterloo.

According to LCSO reports, Steven Jumper, 29, saying he wanted to kill himself, attempted to grab the steering wheel while riding in a vehicle driven by a pregnant woman.

The vehicle subsequently crashed due to Jumper allegedly grabbing the steering wheel. In addition to the driver, another victim was in the vehicle.

Jumper was also is charged with pedestrian under the influence of alcohol. His bond was set at $90,000 on the attempted murder charges.