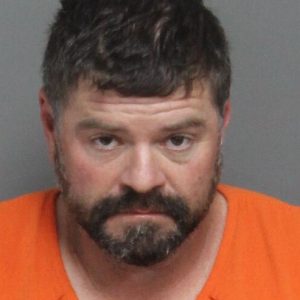 James Edward Ollis, 42, of Graden Road in Ware Shoals was arrested and charged with trafficking and cultivating marijuana. He has since been released on $15,000 bond.

The pot-growing operation was initially discovered by SLED’s aviation unit during a flyover. SLED spotted plants from the air growing on properties belonging to Ollis on Graden Road and Buddy Knight Road. LCSO deputies executed search warrants at both locationsand also found a “large-scale indoor marijuana grow” in a building behind Ollis’s residence.

Deputies also later discovered and seized more than 40 firearms, cash and drug paraphernalia from another location on Graden Road, which also belongs to Ollis, according to the LCSO. Deputies also seized several vehicles, a Bobcat excavator and other items.

During this narcotic operation, Deputies seized over 40 firearms, approximately 200 marijuana plants, over $1000.00 cash, a bobcat excavator, multiple vehicles, and numerous other items.

“I’m proud of our narcotic unit for their dedication and hard work,” said Laurens County Sheriff Don Reynolds. “I know when people see this there will be negative comments from certain groups which argue for the legalization of marijuana. The bottom line is this: Marijuana is illegal in our state and as long as I’m sheriff we will continue to pursue anyone who pushes illegal drugs in our community. These drugs don’t just end up in the hands of adults. Unfortunately, many times we see that it ends up going to our children and teens. The people pushing any type of illegal substance are driven by greed; they don’t care who it hurts or who ends up using their product. Some argue that marijuana is harmless, however, all too often we see that an illegal operation of this magnitude is associated with other types of illegal activities.”