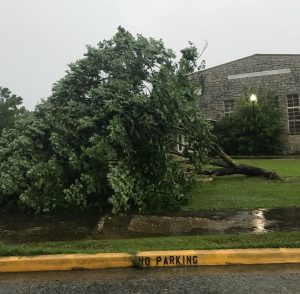 Laurens County SC – Friday evening’s storm came through much of Laurens County quickly, taking down trees and power lines throughout the county.

In Clinton drivers had to travel through Thornwell campus to bypass a downed tree across Broad Street at Calhoun Street near Presbyterian College. Trees and power lines also are reported downed in the Elizabeth Street area and PC had reports of temporary flooding. 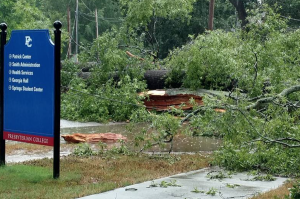 Laurens city crews and Mountville residents have already removed many trees which  blocked roadsPower outages were reported from Gray Court to Clinton.

Gray Court also had reports of small buildings blown over, trees blocking roads and trees which had fallen on homes. 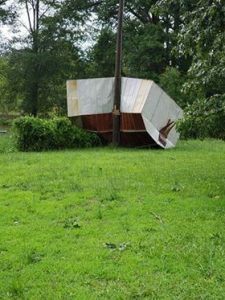 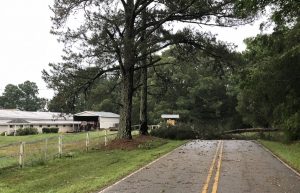