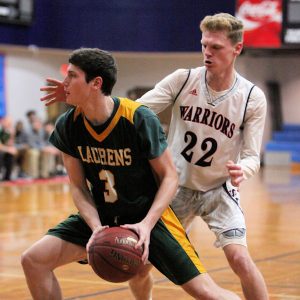 Laurens District High senior Carson Todd was named Raider Student-Athlete of the Year for 2017-18 Thursday, topping two other nominees for the honor.

According to a release from Laurens County School District 55, Todd, a two-time all-region selection in basketball, received 45.8 percent of the votes during balloting. One student-athlete from each of the fall, winter and spring sports seasons was nominated for the Raider Student-Athlete of the Year Award.

Braylen Williams (football) and Tamra Haney (spring) were the other finalists for the award.

“All three nominees were deserving candidates and stand as outstanding representatives of our sports programs,” said District 55 Athletic Director Ed Murray. “We look forward to honoring all of our nominees at a special event next fall.”

Todd averaged 10.3 points and 6.3 rebounds per game for the Raiders this past season, while shooting 50 percent from the field.

“He played all five positions and was the only player to start every game during the season.” LDHS head coach Ryan Walker said. “Carson could always be counted on to show up each and every day and give his best effort whether at practice or in a game.”

Todd also helped lead the Raiders to six more wins than they had the previous year. Other accolades include his selection as the Tournament MVP at the Emerald Holiday Tournament and selection to the All-Tournament team at the FCA Tip-Off Tournament. He was the team’s second leading scorer and leading rebounder, while also leading the team in minutes played.

“Carson was the most consistent and solid performer during his senior season, all while being one of the top students at LDHS,” Walker said. 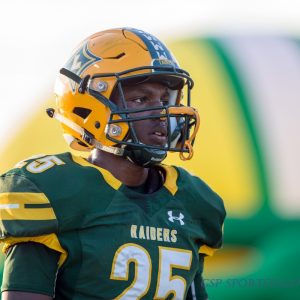 Todd was also a star in the classroom with a 5.167 cumulative (weighted) GPA and a class rank of fifth out of 349 students. He plans to attend the University of South Carolina in the fall.

Williams, a captain for the Raiders football team, was named fall sports Student-Athlete of the Year following a senior season during which he starred on defense. He recorded 116 total tackles, including 83 solo tackles and 11 tackles for loss. He also cause two fumbles and broke up six pass plays.

“Braylen was a senior team captain and the heart and soul of our team,” said head coach Chris Liner. “Braylen is a young man of incredible character; he is an excellent student-athlete and was an outstanding leader for our team.”

Academically, Williams turned in a cumulative (weighted) GPA of 3.928. He has signed to play at Presbyterian College next season. 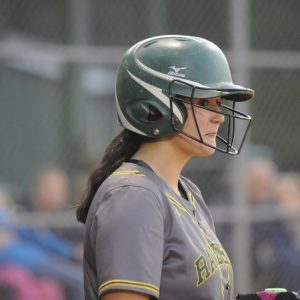 “Tamra Haney is a coach’s dream player,” said LDHS softball coach Haley Satterfield. “She works hard at everything she does and always has a smile. Even though she is a quiet young woman, she makes her presence known. When Tamra speaks, people listen, and she is the voice of reason on our team, even though she might not use many words.

“Tamra is an amazing first baseman with a bat to match. We will miss her as she goes on to college next year.”

Off the field, Haney has a 3.749 cumulative (weighted) GPA, and she ranks in the top half of her graduating class. She plans to attend Piedmont Tech in the fall.