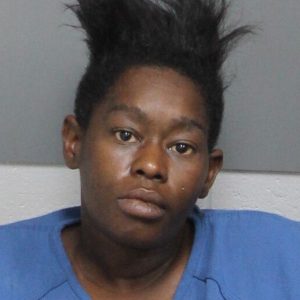 A Clinton woman facing multiple felony DUI charges in the deaths of two women on Saturday, May 19, was denied bond by Laurens County Chief Magistrate Leesa W. Inabinet and will remain in the Johnson Detention Center.

According to the S.C. Highway Patrol, a 2004 Ford Taurus driven by Rice crossed the center line on Highway 76 and collided with the 2007 Mustang being driven by Margie Dale Seymore, 65, and carrying passengers Lois “Bit” King, 63, and Norma Smith, 66. Smith was transported to Self Memorial Hospital in Greenwood. All three victims were from Clinton.

The accident occurred just before midnight on Saturday, May 19, and Seymore and King later succumbed to their injuries at Upstate hospitals.

Rice and four juveniles traveling in the Ford Taurus were treated at Greenville Memorial Hospital for their injuries.