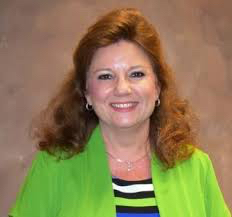 Laurens District High School will be welcoming a new principal for the second time in as many years.

Chris Miller, who arrived at LDHS as principal from Anderson County Schools, was named head administrator for the LDHS Freshman Academy.

“It was very much a surprise,” Faulkner said of the move, which was announced by Laurens District 55 Superintendent Dr. Stephen Peters at Monday’s Board of Trustees meeting. “I thought I was going to be helping with some things, but I had no idea. I’m happy that they have enough faith and trust in me to do this job.

“The staff out here and the community is so supportive; they won’t let you sink,” she said.

Faulkner also described herself as a disciplinarian and said she will bring that and her leadership style back to LDHS.

The changes at LDHS were among several moves within the district announced at the meeting:

Kim Penland, assistant principal at Laurens Elementary, is to replace Phillip Dean as principal at Gray Court-Owings. Dean announced earlier that he has agreed to become principal at Reidville Elementary in Spartanburg District 5.

Peters said several other moves will be made to fill openings created by the promotions.

“We are confident that every move we are making administratively will strengthen each school involved,” Peters said. “It is important that we get these new principals in place now so they can effectively plan for the 2018-19 school year.”