Six other people, including four juveniles, were injured in the crash, which occurred at 11:51 p.m. on U.S. Highway 76 about two miles east of Clinton. 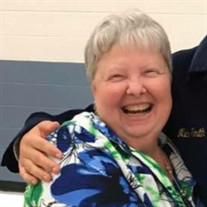 According to Laurens County Deputy Coroner Vickie Cheek, Lois “Bit” King, of Young Road in Clinton, and Margie Dale Seymore, 65, of Stomp Springs Road in Clinton, died of blunt-force trauma injuries they received in the wreck. Services for King are scheduled for 5 p.m. today at First Baptist of Clinton. Funeral services for Seymore are set for 3 p.m. Thursday at Shady Grove Presbyterian Church.

Another passenger in the Mustang, Norma Smith, 66, of Clinton, was extricated from the vehicle and transported to Self Memorial Hospital, according to S.C. Highway Patrol Cpl. Gary Miller.

King was an employee of Laurens School District 56 and worked as an attendance clerk at Joanna-Woodson Elementary School. Seymore was employed with Bailey Manor in Clinton. 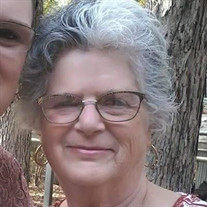 A post on the Joanna-Woodson Elementary PTO Facebook page recalled King’s influence on students and at the school.

“Mrs. Bit left a huge impact on anyone she came in contact with, and her contagious smile will forever be missed,” the post read. “Please continue to pray for her family and our school family.”

Miller said the 2004 Ford Taurus driven by Rice was travelling east on Highway 76 when it crossed the center line and collided head on with the Mustang.

Rice was extricated from the vehicle and transported to Greenville Memorial Hospital where she is being treated for her injuries.

Four juveniles were in the backseat of the Taurus and were also transported by EMS to Greenville Memorial Hospital.