A class from Ford Elementary School will still be going on a field trip to Charleston despite having $1,200 the students had raised for the trip stolen from their classroom.

Laurens County Sheriff Don Reynolds posted on his Facebook page that an anonymous donation to replace the stolen funds had been received. A school janitor has been arrested and charged in the theft.

“There has been a lot of concern about the field trip at Ford School,” Reynolds said in the Facebook post. “An anonymous donation has been made to replace the money that was taken, so that students will be able to go on the trip. Thanks to all who expressed concern about this matter.” 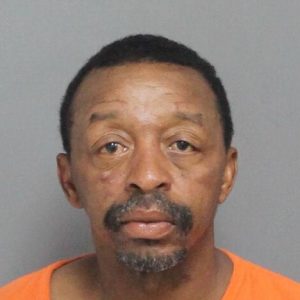 Timothy Leon Cook, a Ford Elementary custodian, was arrested Wednesday and charged with petit larceny in the theft, which was reported to Ford’s School Resource Officer on April 30.

According to a release from the Laurens County Sheriff’s Office, Cook admitted to taking the money during an interview with sheriff’s deputies. The release also said Cook has a history of several petty and non-violent crimes, including possession of marijuana, driving under the influence and driving under suspension.
Edward Murray, Laurens County District 55 director of administrative services, athletics and public relations, said District 55 officials have no comment on the matter. But Murray did say the students were not going to be denied their trip to Charleston.

“We weren’t going to let the students be negatively impacted by this,” he said.

Cook was booked into the Johnson Detention Center and has since been released on bond.

“It is absolutely incomprehensible that someone could steal money from these children which they, their parents, teachers, staff, and volunteers worked so hard to raise for this field trip,” Reynolds said.