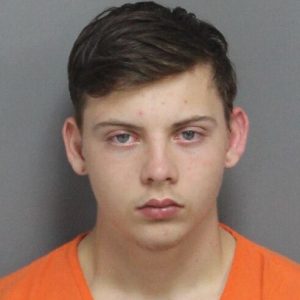 A Clinton teenager was arrested Wednesday by deputies from the Laurens County Sheriff’s Office and charged with making threats toward a school.

Damon Keith Kempster, 17, of Torrington Road in Clinton, was charged with breach of peace of a high-and-aggravated nature, according to a release from the LCSO.

The deputies initially responded to an altercation between Kemp and his younger sister, said LCSO Capt. Robert Wilkie. Wilkie said the dispute appeared to be over the social-media posts Kempster was making in which he was threatening to “shoot a school.” He did not identify which school he was allegedly targeting.

When deputies arrived, Kempster reportedly fled on foot, but returned to the residence a short time later, and he was arrested without incident.